As many of you already know, I have been pretty obsessed with the results TPC Onnit has given me. I really had my doubts going into my 15 day TPC Review, but it didn’t take long for me to realize the benefits of taking Total Primate Care. I always struggled with the idea of a vitamin pack being so beneficial. It wasn’t until I took a lot of the elements in the Total Primate Care packs separately that I figured that they probably do work wonders when taken simultaneously. So here is my quick overview of TPC Onnit. Like I said, I was already familiar with many of the elements of the Total Primate Care packs. I was an avid believer in Alpha Brain. But even with Alpha Brain, I was skeptical at first. I always thought of nootropics as the NZT-48 pill from the movie Limitless. I thought it was pure science fiction. There was no way that there was really a pill out there that could improve cognitive function. But the temptation was too good. I had to try them out. After testing many nootropics and ending up with nothing more than a sugar high and a headache, I came upon Alpha Brain. I actually held off on this one because I was fighting two things. My belief that all nootropics were scams and the fact that I was a huge fan of Joe Rogan, who is the poster boy for Alpha Brain. I didn’t want to be right about nootropics, thus making one of my all-time favorites look like a scummy spokesperson for another shady supplement that didn’t cut the mustard. I’m glad I finally caved and gave it a try. It’s honestly the only nootropic that I’ve actually FELT  a difference with. So when I found out that Alpha Brain was in TPC Onnit, I knew it had a chance. Still, I’m a skeptic, so I needed more proof.

The next element of TPC that I was familiar with outside of the Total Primate Care packs was Shroom TECH Sport. This stuff is an energy kick in the nuts! Again, I don’t really believe in these types of things. And I think, ultimately, it’s because I’ve been burned on them so many times. “Take a pill and you’ll get energy.” Then you take the pill and you feel nothing but wasted money and fury over being duped again. So needless to say, I didn’t have high expectations the first time I took Shroom TECH Sport. I took it before a racquetball match and chased it with an energy drink. Not a good idea. I felt like I was going to run through a wall during the match. This stuff obviously worked. I ended up being a big fan of Shroom TECH, so again, when I found out that was an element in the TPC packs, I figured it might just have a chance.

The last thing that put me over the edge with TPC Onnit was the fact that it had New Mood. Now this one is something I sampled first. I got a free bottle through a promotion and had to give it a whirl. Anything that boasts to have the ability to heighten your mood and make you less of an @$$hole, I’ll give it a try! I’m still blown away by the results from New Mood. I feel like I have more control over my mood. My fuse isn’t pre-lit when I wake up sometimes. So the fact that New Mood was included in TPC was the straw that broke the camel’s back for me. I gave it a go. As you can see from my original review, where I broke down all 15 days of my journey with Onnit TPC, I am a big fan. It’s something I take to this day and continue to do so as part of my routine. I can’t say enough about it. If you’re on the fence, hop off and get Onnit (pun intended). 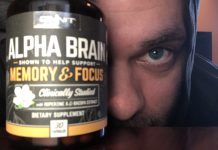 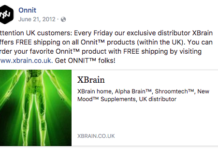 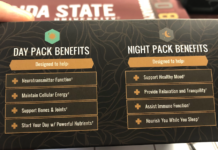 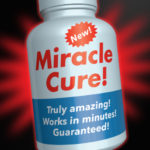 Craig Tuttle - August 17, 2016
0
On the list of best nootropics is Alpha Levo IQ is a cutting-edge advancement in maximizing cognitive function. It merges the potential of four... 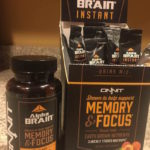 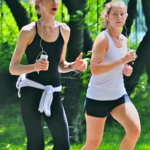 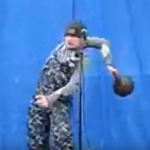